Silvers' received his Master's Degree in Mass Media, his Doctorate in New Media and has been published in The Huffington Post as well as many other journals and periodicals. As an educator he has been a featured speaker, lecturer, and teacher at New York University, Columbia University, the Sundance Institute, the Cannes Film Festival, the Screen Actors Guild, the Independent Feature Project East, the Independent Feature Project West, the SXSW Film Conference, The University of Texas at Austin, The New School and many other forums. He has also been a distinguished professor of Communications and New Media at Fordham University's Graduate School of Business Administration.

Silvers' has been cited in many newspapers and magazines such as The New York Times, Variety, Hollywood Reporter, DETAILS, Black Book Magazine and others. He is a member of the Academy of Motion Pictures Arts and Sciences ("The Academy Awards®") and a Silver Council Member/Judge for the Telly Awards. 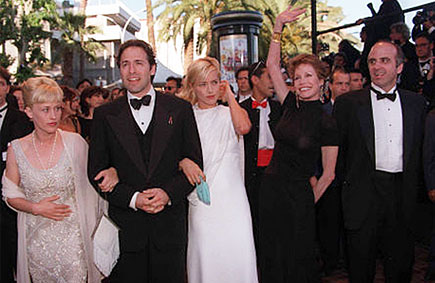 William Morrow/HarperCollins released Silvers' book, "Secrets Of Breaking Into The Film & TV Business." The book became an Amazon.com #1 Bestseller (Performing Arts), and was recommended by the New York Times saying, "What better time to grab Dean Silvers' Secrets of Breaking into the Film and TV Business... Brimming with helpful hints... and new business models that are revolutionizing an industry." The book was also recommended by DETAILS, Stage32, The Film Stage, and many other publications and websites. He also appeared as a guest on "The New York Times Close Up" TV show, to speak about his book and career.

Silvers' latest comedy series Becoming Jiff was released by Samuel Goldwyn Films on Amazon Prime Video. The series received critical acclaim with BuzzFeed calling it "A funny, sweet, and highly binge-able comedy," The Film Stage comparing the filmmakers to Judd Aptaow calling them "Talented emerging writer-directors... here to take up the comedy mantle," and Stage 32 calling them "The Best New Comedy Filmmakers." Silvers is currently in Pre-Production on the time travel comedy feature film Guy Down the Road. He currently resides in New York City with his producing partner and wife Marlen Hecht.